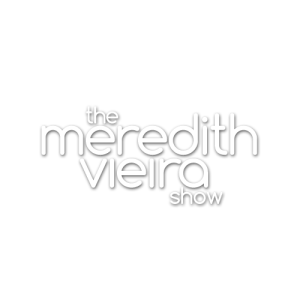 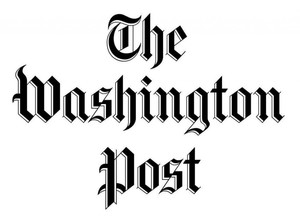 “Sparkle unicorns and fart ninjas: What parents can do about gendered toys” by Anya Kamenetz and Cory Turner. NPR’s Morning Edition, March 29, 2019.

“The Barbie doll: On the eve of her 60th birthday, a look at America’s most primped, perfect, and polarizing plaything” by Robert Klara. Adweek, February 25, 2019.

“How do toy companies appeal to kids in the post–Saturday morning cartoon era?” by Chau Tu. Slate, January 5, 2018.

“Is your daughter’s princess costume bad for her? Here’s what the experts say” by Valetina Zarya. Fortune, October 30, 2017.

“Disney teams up with girls for photo shoot encouraging girls to be more than princesses” by Asha Daya. Girl Talk HQ, September 7, 2017.

“Why toys are more divided by gender than ever before” by Amy Dempsy. The Star, December 14, 2017.

“The controversy behind Disney’s groundbreaking new princess: Moana is already making waves, but what does the future hold for the studio’s animated heroines?” by Tom Brook. BBC, November 28, 2016.

“‘Beauty and the Beast’ teaching wrong values? How parents should address the Disney film for their daughters” by Amanda Moore. Parent Herald, November 11, 2016.

“Princesses are out, superheroes are in. Is that progress?” by Joanna Weiss. The Boston Globe, October 25, 2016.

“After inviting Katie Hopkins on to talk #TrumpTapes, the BBC has truly lost its moral compass” by Yvonne Ridley. Commonspace, October 14, 2016.

“Party princesses change with the times” by Cristela Guerra. The Boston Globe, July 22, 2016.

“Disney is finally introducing a Latina princess” by Anna Silman. The Cut, July 11, 2016.

“Why Disney Princesses and ‘princess culture’ are bad for girls” by Rebecca Hains. The Washington Post, June 24, 2016.

“There’s never been a better time for the new Powerpuff Girls” by Beckett Mufson. The Creators Project at Vice.com, April 1, 2016.

“Boys play with dolls, and girls play with spaceships. Someone tell the toy makers” by Rebecca Hains. The Washington Post, February 12, 2016.

“A Barbie with curves is still all about looks” by Rebecca Hains. The Washington Post, February 1, 2016.

“10 People who are changing the world for boys and girls, one tweet at a time” by Avital Norman Nathman. SheHeroes, January 11, 2016.

“Should we encourage boys to play with dolls?” Live interview with host Meghna Chakrabarti on WBUR/NPR’s RadioBoston, Dec. 9, 2015.

“Target will stop labeling toys for boys or for girls. Good.” by Rebecca Hains. The Washington Post. August 13, 2015.

“The problem with separate toys for girls and boys” by Rebecca Hains. The Boston Globe Magazine. February 27, 2015.

“Princess Awesome: The fight against ‘pinkification” by Amelia Hill. The Guardian. Feb. 20, 2015.

“‘Slap her’ video: Will it stop violence towards women?” by Samantha Laine. The Christian Science Monitor, Jan. 7, 2015.

“Viral Italian PSA about domestic violence makes a good point, but not without flaws” by Caroline Bologna. The Huffington Post. Jan. 6, 2015.

“Why we need to protect girls from ‘the princess problem’ and how to make our kids media-savvy.” Interview on Women’s Focus, KUNM Radio, NPR Digital Network, with host Susan Thom Loubet. Dec. 20, 2014.

“Children learn to bully by watching TV as toddlers” by Erin McNeill and Renee Hobbs. The Providence Journal. Dec. 28, 2014.

“Why #NoGenderDecember isn’t only for ‘Insane Feminists‘” by Marci Warhaft-Nadler. The Huffington Post. Dec. 12, 2014.

“Everything wrong with princesses in one easy image!” by David Trumble. The Huffington Post, Nov. 7, 2014.

“Most young girls can easily get lost in the pink and pretty world of princesses, but at what cost?”  by Avital Norman Nathman. SheKnows.com, Nov. 3, 2014.

“The princess problem: Available on store shelves everywhere” . Women You Should Know, Oct. 30, 2014.

“Are you sure your daughter should dress up as a princess this Halloween?” by Susan Rohwer. Los Angeles Times, Oct. 29, 2014.

“Judging a movie by its trailer” by Valentina Perez. Harvard Political Review, March 3, 2014.

“The Revolution Will Not Be GoldieBlox” by Lucia Graves. National Journal, Nov. 28, 2013.

“‘Am I Pretty or Ugly?’ The disturbing ‘Am I Pretty or Ugly?’ videos on YouTube are back. They feature young girls asking others to evaluate their looks. Why are teens seeking validation from social media, and how concerned should we be about bullying?” The Huffington Post Live [streaming video network]. October 31, 2013.

“Halloween Scare: A Princess in My House” by Shannon McCaffrey. The Atlanta Journal-Constitution, October 26, 2013.

“The Gorilla Days are Over” (about Halloween costume trends). The University of Buffalo Spectrum, October 22, 2013.

“Toys ‘R’ Us [UK] to Do Away With Gender-Specific Marketing” by Abby Stevens. Deseret News. September 9, 2013.

“Raising Compassionate Sons and the Sexualization of Teenage Girls.” Live segment on CKNW AM Vancouver’s The Shift with Mike Eckford. September 5, 2013.

“So you want to be a princess?” by Jennifer Wolff Perrine. Cosmopolitan. August 2013.

In December 2011, I used a humorous, tongue-in-cheek approach to critique the TSA after they confiscated a cupcake from my family’s lunch bag. My original piece, published at Boing Boing, led to international media attention. A sampling of this coverage is below.

In October and November of 2008, I led the Campaign to Save the North Shore Birth Center in Beverly, MA and served as the campaigners’ media spokesperson. When the hospital was unresponsive to our pleas to keep this natural birthing center open, we organized a demonstration to attract media attention. The story was reported nationally. In the process, I was interviewed by many media outlets, including WCVB Channel 5 in Boston.

An archive of media coverage of the Campaign to Save the North Shore Birth Center is available here.