This parent-child discussion guide for Walt Disney Studios’ Sleeping Beauty is a supplement to The Princess Problem: Guiding Our Girls through the Princess-Obsessed Years.

Karen Loughlin is a graduate of Salem State University in Salem, Massachusetts, where she earned a master’s degree in education. She also holds bachelor’s degrees in psychology and education.

Common Sense Media recommends Sleeping Beauty for ages 4 and up due to some frightening scenes.

In Sleeping Beauty, the “sleeping beauty” is Aurora, the daughter of a king and queen. To celebrate the birth of their first child, the king and queen throw a royal party in which they invite everyone in the kingdom but the evil fairy, Maleficent. Angry that she was snubbed, Maleficent casts a spell on Aurora: upon her 16th birthday, she will prick her finger on a spindle and die. The three good fairies, Flora, Fauna, and Merryweather cannot reverse the spell, but they can change it so when Aurora pricks her finger, she will fall into a deep sleep that can only be broken by true love’s first kiss. In order to protect their daughter, the king and queen agree to have her live with the three good fairies. The good fairies must refrain from using any magic so that Maleficent does not find them and Aurora. Aurora’s name is changed to Briar Rose.

Briar Rose grows up in the forest. One day she meets Prince Phillip and falls in love with him right before her 16th birthday. Sure enough, Aurora cannot escape the spell. She pricks her finger and falls into a deep sleep. In order to prevent Aurora from awaking, Maleficent captures the prince. The fairies aid in his escape. He battles Maleficent. She turns herself into a fire breathing Dragon. He and the three fairies defeat the dragon. Prince Phillip kisses the sleeping Aurora. She awakes, the spell is broken and they live happily ever after.

Here are some suggestions for discussion, roughly categorized by age level. Use these as a rough guide: tailor them to your own child’s level.

In Sleeping Beauty, the good fairies give Aurora the gifts of “beauty and song.” These are the primary traits Aurora displays throughout the film.

With children 4 and 5, co-view the movie and talk back to the screen to model critical viewing. Your child will listen to what you say. Consider comments such as the following:

With children ages 6 to 8, you can make these points while co-viewing, but later—perhaps over dinner or while in the car running errands—you can expand upon them and work towards a dialogue. Remembering to avoid yes/no questions, try something along these lines:

Give your child time to respond to your questions; listen carefully to what she says and respond accordingly.

As the third Disney princess, Aurora depicts many stereotypical characteristics of femininity. She is beautiful, passive and becomes a damsel in distress when she falls asleep.

Help your children understand that Aurora does not have much agency and passively waits for her dreams to come true. Challenge Aurora’s passive behavior as it happens on screen.

With children ages 4 and 5, point out Aurora’s passive behavior as it happens on screen. Be as specific as possible. Here are some examples:

It’s also noteworthy that although Aurora is dependent on Prince Phillip’s kiss to awaken her, Prince Phillip does not save her alone. The three good fairies use their magic to help him defeat Maleficent. When watching this scene, point out the things the fairies do help Phillip in his battle, since these fairies are women with power.

With children ages 6 to 8, you can make these points while co-viewing, but later—perhaps over dinner or while in the car running errands—you can expand upon them and work towards a dialogue. Remembering to avoid yes/no questions, try something along these lines:

Upon meeting Prince Phillip, Aurora is wary because she realizes that she does not know him. However, he convinces her that she does know him because he is the man in the dream she was singing about. Aurora is in love with him after “realizing that they know each other from dreams” even though she does not instantly recognize him as the man from her dreams.

In other words, Aurora and Phillip fall in love with each other in a matter of seconds. Children may come away from this film believing that true love is instant, and that you can be in love with someone you have only known for 3 minutes.

With children ages 4 to 5, offer concrete points of criticism to let them know that you disagree with the way Aurora trusts Phillip so readily and how they fall in love so fast:

With children ages 6 to 8, you can bring these things up as they happen, but you could also connect these dots in a later conversation. Try something like this:

Make it real: You can use this scene as an opportunity to compare Aurora and Phillip to healthy “falling in love” stories within you social circle. You can talk about the story of how you and your partner met and how your relationship built over time, or how other couples in your social circle built their relationships over time.

As our children’s pop culture coaches, we can help them become media literate by always reminding them that media are created by other people—people who are making choices about what to depict on screen.

The animation in Sleeping Beauty was created in the style of European art during the middle ages. The film is animated entirely by hand in a remarkable style that resembles a painting in motion. This is an opportunity to teach your children about Medieval European art and about hand drawn animation with an explanation, such as:

“Sleeping Beauty was animated by hand. This means that artists drew and painted every scene in the movie by hand. Movies like Tangled and Brave were created by computer animation. Sleeping Beauty came out in 1958, many years before anyone ever thought of using computers for animation!”

Connect the animation in Sleeping Beauty to Medieval European art with this comment:

“Sleeping Beauty is an old European fairy tale that was told during the middles ages. The animators who created Sleeping Beauty wanted the film to look like the art of the middle ages. Notice how everything in the backgrounds is straight like the edges of a box. Look at all the little details on the plants and the walls. Paintings from Europe painted in the middle ages used straight lines and a lot of little details.” 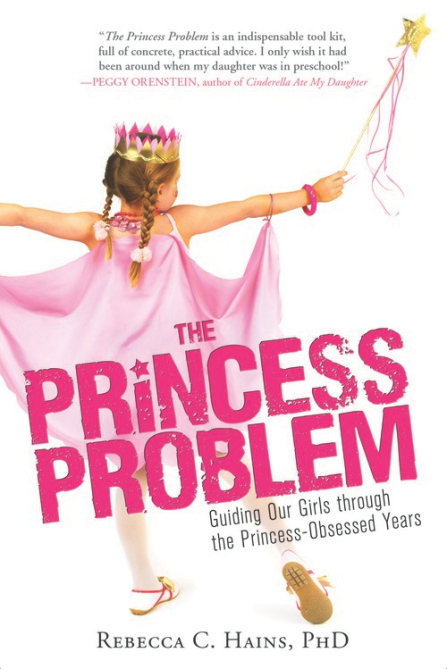