Dear fellow white people: Here’s what to do when you’re called racist. 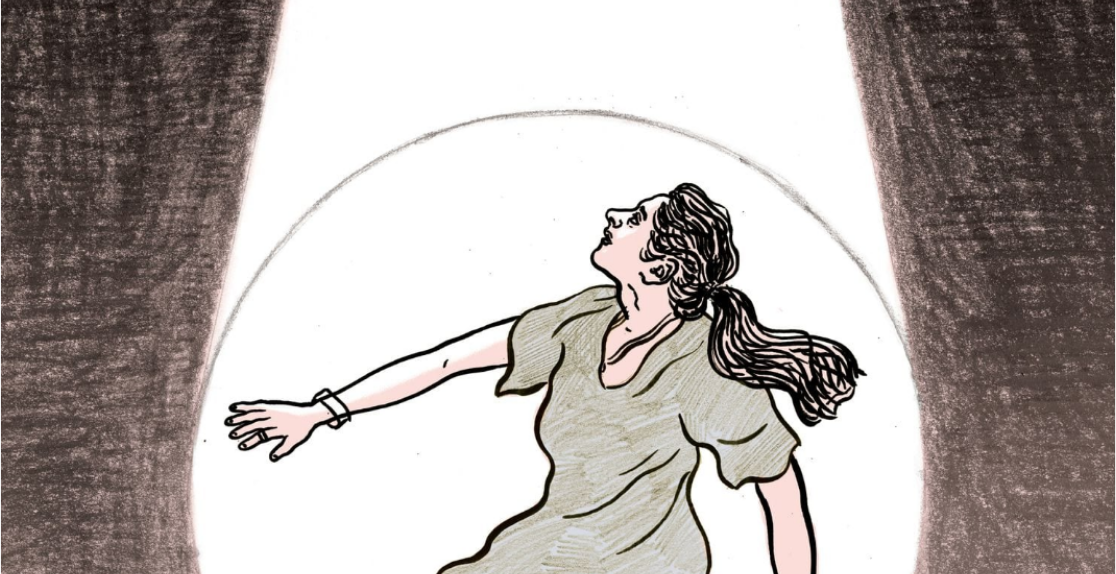 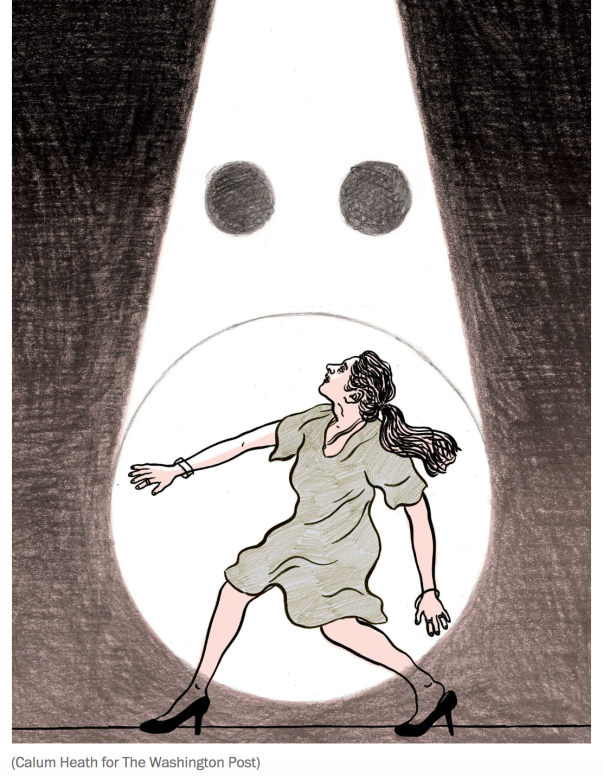 Trump supporters say they’re “tired of being called racists.” At a recent rally in Cincinnati, the Atlantic reported, white attendees defended themselves against the charge by citing the “evidence”: They had donated money to help black foster children; they deeply loved their black and mixed-race grandchildren.

Shortly after rejecting the “racist” label, however, these same rallygoers made racist remarks to the journalist who interviewed them. Regarding Rep. Ilhan Omar (D-Minn.), who came to the United States as a Somali refugee, one woman offered: “I don’t want her stinkin’ Muslim crap in my country.”

Making racist remarks while claiming not to be racist seems paradoxical. President Trump himself is a case in point. “I am the least racist person there is anywhere in the world,” he told reporters last month, and he often name-checks black celebrity friends to support his contention. At the same time, he continues to take racist jabs at individuals and groups.

Even white people who consider themselves good allies of people of color can be unaware of their racial biases. From public figures to pundits to public intellectuals to politicians, it’s a pervasive, bipartisan, international problem. The white Democratic governor of Virginia, Ralph Northam, for example, distanced himself from a photo of a person in blackface on his 1984 medical school yearbook page by talking about how he practiced medicine. “I can tell you I treat everyone the same way,” he said. “Nobody has ever thought or accused me of being racist, and if and when I practice again, I will continue that same direction.” White actor Liam Neeson confessed that decades ago, after a friend reported that she had been raped by a black man, he felt a “primal urge” to retaliate by harming black men in general. Responding to the backlash, he said, “I’m not racist. If she had said an Irish or a Scot or a Brit or a Lithuanian, I know I would have had the same effect.”

So, if you are a white person and someone calls you racist, and the charge perplexes you, what should you do? As a white college professor who teaches courses on media and race at a diverse public university, here’s my advice.

Step 1: Recognize that what matters most is what happened just now.

You can be called out for racist remarks even if you have black friends and relatives you cherish, donated to anti-racist causes and marched for civil rights. People have a tendency to respond to an accusation of racism by sharing this kind of personal history. It’s such a widespread phenomenon that the New Republic once looked into the history of the “token minority best friend defense.” “The Colbert Report” satirized it time and again (“I need a new black friend,” Stephen Colbert’s character says in an extended riff). As Psychology Today reported on a study of this phenomenon, “The threat of appearing racist leads people to overestimate how much their past non-racist actions — like making friends with somebody of another race — are indicative of their non-racist attitudes.”

So stay in the moment. What matters is:

2. How it was received by those around you (as reflecting a racist bias) and

3. How you respond to those who identified racism in your words or actions.

Even if you know in your heart that you are not racist, remember: It is possible to have implicit (or unconscious) racial biases. While studies show that we are aware of our explicit, declaratory biases, some prejudices arise without thought, in snap judgments, making them harder for us to detect. That is why our implicit biases don’t necessarily “align with our declared beliefs or even reflect stances we would explicitly endorse,” as Ohio State’s Kirwan Institute for the Study of Race and Ethnicity puts it. The United States was built on the enslavement of black people, and some forms of structural racism persist in our laws and culture. If you grew up in the United States, you were socialized within this system. One recent study even found higher levels of implicit biases among people in states and counties that had more slaves in 1860 — suggesting that lingering inequalities in society can transmit historical forms of oppression, like slavery, into contemporary biases without our knowledge.

As a result, we have all developed biases that feel “natural” and “normal” but are grounded in racism. Recognizing this pattern can help make sense of being called racist when you feel certain that you are a good person.

Fortunately, data shows that people can overcome their socialization and reduce their implicit biases through various means. For example, MTV’s Look Different campaign, with input from the Kirwan Institute, has created an online bias cleanse program, a response to the question, “What can I do about bias?” It offers daily tasks for a week. But overcoming bias is a longer-term process that requires sustained work. If you’ve just been called racist, what should you do in the moment?

Take a deep breath and pause after being called racist. You will probably feel attacked and defensive. Check those emotions and avoid argument.

Instead, apologize and consider asking someone — either the person who called you racist, or a trusted friend who understands racism and can chat with you about the situation — for help understanding what went wrong.

You can use language like this: “I didn’t realize that remark was racist. I am so sorry. Would you be willing to help me understand where I went wrong? I really want to learn and would be grateful.”

Important note: If possible, ask a white person to explain this to you. It isn’t the job of people of color to educate white people, and you are not owed a direct explanation, as much as you might like one. Don’t be entitled. Respect those boundaries. They’re healthy. Instead, explain what happened to a third party — one you trust will be insightful and honest. Taking ownership of the problem, ask for that person’s help in identifying and unpacking what you did wrong.

Step 4: Really listen to the answer(s) you receive.

Swallow your pride. It’s hard. Don’t interrupt or justify yourself; you’re not on trial. Your goal in this exchange is to listen and learn.

Being an open-minded, active listener is a useful interpersonal communication skill in many situations, but it often doesn’t come to us naturally. We can cultivate it. In Inc. magazine, Cathy Salit put it this way: “Do you have a friend or colleague you disagree with about something? Have a conversation in which (for once) you don’t try to convince them that they’re wrong, but instead find out everything you can about how they see the topic or issue.”

Also, don’t feel as if you have to instantly understand the explanation you’re offered. For example, it may include a reference to white privilege, but you may not feel privileged because of various struggles you have faced in your life. This is a common area of misunderstanding and conflict.

Step 5: Express gratitude — then get to work.

Be sure to thank the person who offers you an explanation. The fact that you were (1) called out and (2) offered an explanation may feel uncomfortable, but it is a valuable gift, and your discomfort is productive. Consider it as motivation: a growing pain that can spur you to think deeply about this new information, work to identify and overcome your harmful implicit biases, and help raise your fellow white people’s consciousness.

Tom Rademacher, an author and teacher, faced his own accusation this way: He explained that backlash from a community of black women on Twitter helped him realize that an imagined graduation speech he had published — in which he “playfully” taunted marginalized communities by saying that white people had mistreated them to “toughen them up” — was racist and harmful. “It was tough to read, all of it, but the pit in my stomach wasn’t there because anyone involved, most especially the women listed above, were being mean,” he wrote. “They are entirely right.”

Being a white anti-racist ally is not easy, but it’s important. Anyone can rise to the challenge — and pay it forward.

Rebecca Hains is a professor of media and communication at Salem State University, where she also serves as a faculty fellow for diversity, power dynamics and social justice.

Rebecca is also the author of The Princess Problem: Guiding Our Girls Through the Princess-Obsessed Years, a book meant to help parents raise empowered, media-literate daughters, and many other works.